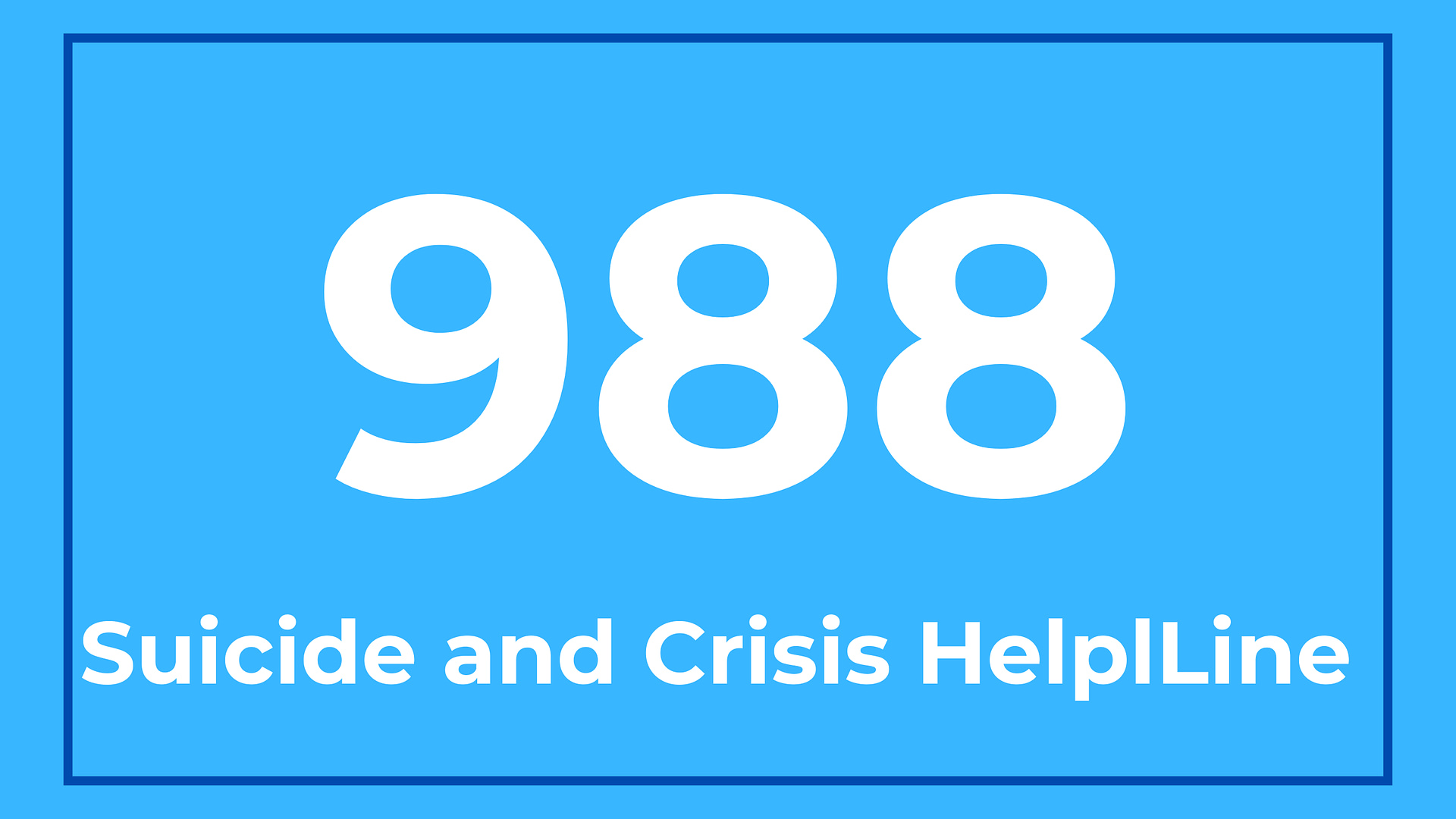 What is the 988 Crisis Lifeline?

The 988 Hotline and Crisis Lifeline is a new emergency number that was recently released and
made available to the public on July 1st, 2022. The 988 Hotline is designed as a suicide prevention
network and connects and works with over 200+ crisis call centers to provide toll-free assistance,
24/7, across the United States. The 988 Hotline provides an immediate, direct connection to
mental health professionals for anyone who feels that they are in crisis and need help beyond what
can be offered by police and first responders. This hotline is considered an important step in
accessible mental health care. Of course, many clinicians will be quick to tell you that police and
first responders typically shouldn’t be involved in mental health situations and that many bad things
can happen when they are. Implementing this new hotline is designed to connect people with the
right resources and support.

History of the Lifeline

In 2005, the National Suicide Prevention Lifeline was launched with the number (that still works)
1-800-273-TALK (8255). There are 46,000 calls received in the first year of this service. As time
went on, the line continued to gain popularity, but it also lacked access and assistance for some.
For one thing, you’d have to remember the number or find it somewhere. For those in crisis, this
can be an obstacle that leads to them calling 911 instead, resulting in a police presence that is
rarely a good answer to a mental health crisis.

In 2018, the FCC, SAMHSA, and others recommended that the National Suicide Prevention
Lifeline be issued a 3-digit code number – 988 – to make it easy to remember and easy to access.
Guidelines were put in place and the program was finally launched in July 2022.

The Unfortunate Statistics and Controversy

Many argue that the primary issue revolving around the 988 Hotline is that it can dispatch police
officers in emergencies. One in four fatal police shootings involved someone with mental illness
(between 2015 and 2020). People with mental illness are booked into jail about 2 million times a
year, while millions of others end up in emergency rooms, often waiting days to get proper care
and support. 44% of those in jail and 37% of those in prison have some type of mental health issue
that is either untreated or that they don’t take care of properly.

With police dispatch in less than 2% of calls, the 988 Hotline continues to be the resource it was
intended as but the concern is very real and indicates the necessity of continued improvement.

The Need for A Better Crisis Response System

We need a better solution. Organizations realize that until people reach out to mental health
professionals and services that can provide assistance, they continue to be left isolated in times of
crisis. As the 12th leading cause of death in the United States and the third leading cause of death
in the 15 to 24-year-old age group, the hope is that the suicide prevention hotline can act as a
resource to those in need, providing its around-the-clock support. The federal government has
spent $432 million to implement and staff the hotline across the U.S, but it still lacks key items
needed to function effectively.

As the line is still in its infancy, it has some problems that need to be improved. For starters,
geolocation services aren’t part of the 988 Hotline like they are for 911 services. The service is set
up so that when someone calls, their area code is used to determine their location. Then, they are
redirected to a regional crisis center based on their area code.

Without geolocation, some worry that the crisis routing will be ineffective. After all, someone with a
Virginia area code could live in Texas, so routing them to the closest Virginia crisis response center
might not be the most effective option. Of course, 988 is just getting started, and so far, it seems to
be doing well for itself. Perhaps what is more important right now is increasing the awareness of
this number and advocating for those who may need to use it.

Now that the line is live and in place, the primary focus is helping to increase awareness of this
new service for those who need it. Even some experts have reported that they didn’t hear much
about this line until it showed up on social media or in the news. Fortunately, there’s still plenty of
room to advocate for this and other improved solutions for mental health needs.

The FCC and NAMI are urging professionals, community members and leaders, and others to
spread the word about the 988 Hotline. They’re also discussing upgrades and changes that can be
made in the future, once the initial problems are resolved. And of course, everyone is working to
advocate for those in need. There’s even an option to press “1” after dialing 988 to be connected to the veteran’s support line if you’re a veteran in need of mental health assistance.

The Pandemic and Mental Health

The COVID-19 pandemic put the entire world into a very surreal situation that no one ever
anticipated. People were forced to go home and stay there for months, some a year or more. Even
then, with vaccines and masks, the world hasn’t been the same since. Friends, family, loved
ones—sickness and loss have become a part of “normal” life for the world.

That includes the teens and young adults in the world, who seem to be struggling most with life in a
post-pandemic society. Everything is different. The world where people once felt relatively safe is
now a constant threat to the people in it and because there is so much unknown about COVID, it
continues to be a terrifying and uncertain time. Experts thought they had it figured out with the
vaccines, but even after multiple boosters, many people still find themselves testing positive for
COVID at one point or another. So we’re still in a place where no one can trust that they won’t get
sick, and that can cause chronic anxiety for many along with the lasting effects prolonged isolation has. This prolonged stress response has caused a
huge uptick in the number of children and teens who struggle with depression, hopelessness,
suicidal thoughts, and even suicide attempts.

It seems like the 988 crisis line has arrived just in time, but we have yet to see just how effective it

will be and there is no question improvements will need to be made.

Although the 988 hotline holds a lot of promise, it’s still not a perfect solution. It remains to be seen

whether mental health professionals will be able to intervene or if people will still find themselves dealing with the police when they’re facing a serious mental health crisis. Plans are in place to continue to develop this system, as well as to increase awareness and advocacy, which those involved hope will give more people options for when they need help beyond the usual emergency services.

Certified by New Jersey Department of Banking and Insurance